Here is a version of TDL I drew before the recently completed changes. 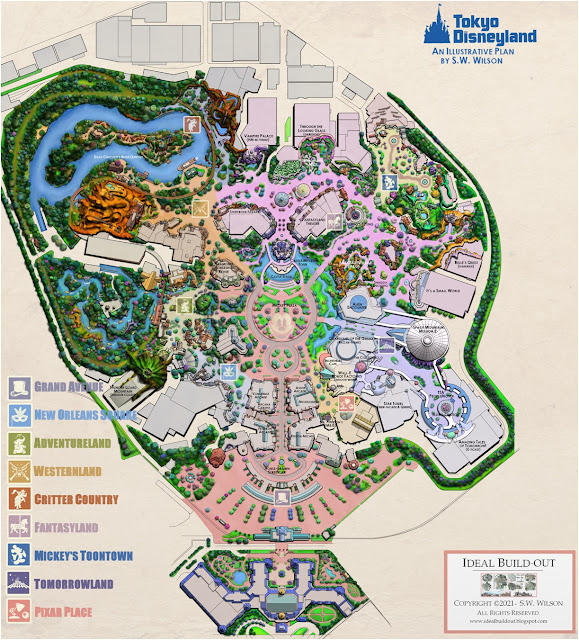 World Bazaar is transformed into a romanticized, open-air urban boulevard.  For variety's sake, this land is slightly different from a typical Main Street USA: a little taller and a little more grandiose.  The added height (rather than being faux 2-3 stories, it would be faux 3-5 stories) gives it a bit more urban feel of an Eastern city (Boston, Philly, New York) at the height of the Gilded Age (1890s).   Indoor cover is provided by 2-storey arcades in all four quadrants. 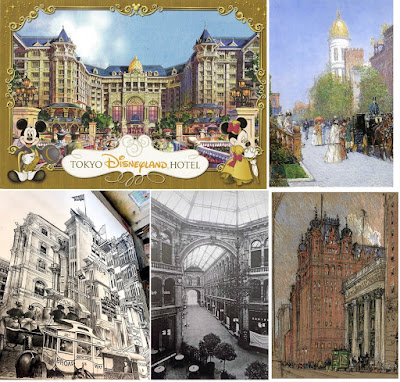 The central plaza is transformed to accommodate the horse trolley and a new castle stage and approach, as seen in this Erik Van der Palen concept: 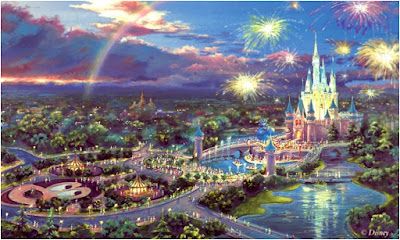 NEW ORLEANS SQUARE
This is just carving out the existing sub-section of Adventureland and changing the name for symmetry purposes (you'll see in Part 2).

ADVENTURELAND
Here the costuming building gets replaced with a mountain ride inspired by some more Van der Palen concept art: 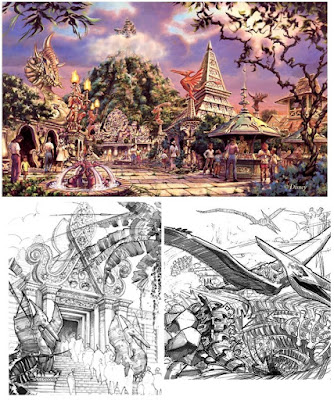 WESTERNLAND
No real change here except to not include the duck camp.

CRITTER COUNTRY
A perfectly-done miniland as is, so no changes.

FANTASYLAND
This area is based on the aerial birdseye art that pre-dated the actual New Fantasyland project.    Live character shows are popular in Tokyo, so the current Philharmagic Theater gets repurposed.  The new castle forecourt stage would also host outdoor musical performances.  Of course, the original Castle Mystery Tour is back and all the 70s Tournament Tent facades are replaced by appropriate storybook architecture.   Haunted Mansion gets a gothic European re-theme and becomes Vampire Palace.

Everything else in the land is my interpretation of the above artwork.  A new IASW is built near Tomorrowland and its old spot is filled by a major Wonderland darkride.  Dumbo moves over towards the parade route.  Some kid of fairy tale village, which I'm assuming was a meet & greet, is near the hub bridge.  The rest of the area is Beauty & the Beast, though my guesswork was different than what was actually built.   I drew the castle marking a Be Our Guest restaurant and the darkride reached by queuing through Maurice's cottage.

TOMORROWLAND
The land is given a sleeker, more sci-fi aesthetic while keeping its iconic waterfall towers and Space Mountain.   I replaced Buzz with a GotG re-theme and had the nearby restaurant become The Collector's.   Star Tours has a new facade featuring a Starspeeder on a rooftop launch platform that raises and lowers. 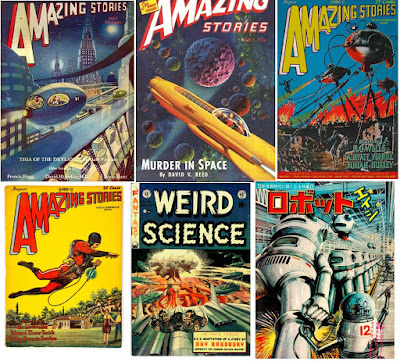 The new district is an Atom Punk retrofuture with a PeopleMover, AstroOrbitor and a new original E-ticket omnimover ride called Amazing Tales of Tomorrow!.  I'm imagining something that hearkens back to the lost Future World classics like Horizons and World of Motion: long, music-backed, pre-recorded narration, featuring Animatronic vignettes out of the pages of pulp magazines showing comedic moments of life in the retro future.

PIXAR PLACE
The final mini-land balances New Orleans Square and includes rides, features and dining based on Monsters Inc (existing), Up, Wall-E and The Incredibles.

After Parallel TDL & i don't its not happen but can you maybe do another water park project that i think u said about an Pirates water park or maybe an Parallel DCA or Parallel DHS.

^I appreciate that. Glad you enjoy.

Who is Mr. Peterson is Pixar Place?