The world's first Themed water park, River Country had a great Tom Sawyer Island-esque feel, a beautiful location and a number of unique features.  But when Typhoon Lagoon and Blizzard Beach came along they set a different standard in terms of slides.   Here is a concept plan I created that would expand River Country into a waterpark on the level of its larger siblings. 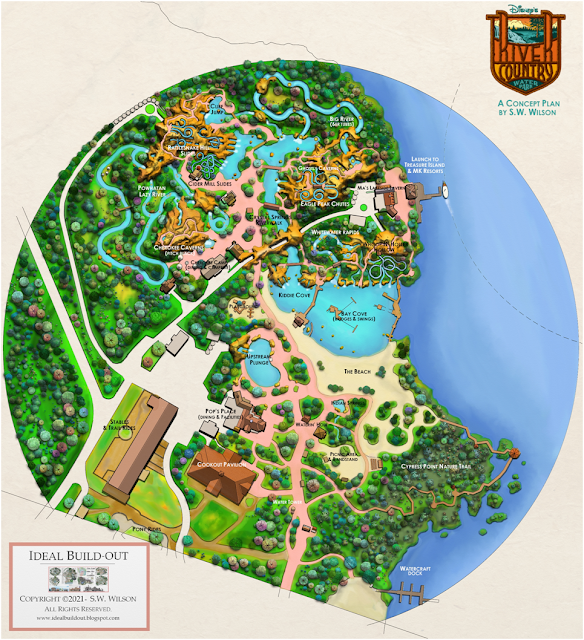 Everything below of central access road is kept pretty much as it was.  The major difference is hidden under the wooden bridge dividing Bay Cove from Bay Lake.  There would be an "invisible" barrier, so while the Cove would still appear to be connected to the Lake, it no longer is.   Separated from the Lake, all the water in this park could be temperature controlled, filtered and chlorinated.

The lower half has all the Fort Wilderness features of the original area, such as pony rides, a bluegrass/country bandstand, picnic area, nature boardwalk trail and use of watercraft on Bay Lake. 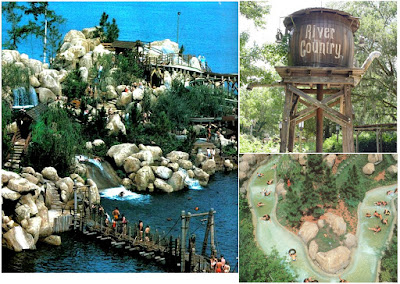 The new upper half continues the same theme with a large array of new themed slides and features, spread cross three rocky hills and the pine forest.  The new half is accessible by footpaths or by a shallow "Riverwalk".  There is a lazy river through the deep forest, under caverns and waterfalls and past Indian camps.   There is cliff diving.  The tallest hill - Eagle Peak - features a spooky cave system to explore, body slides and a large, multi-person raft ride.  Cherokee Caverns slide takes place entirely inside a rockwork mountain in almost total darkness, save for some brief atmospheric show moments of vengeful Indian spirits, angry bears and booby traps. 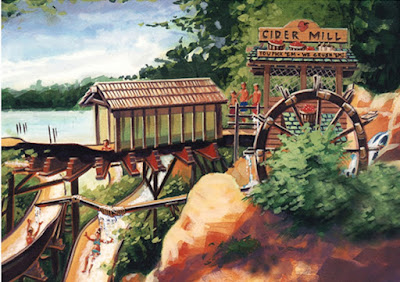 The new Ma's Tavern restaurant at the Lake waterfront is near the boat launch.  These boats takes guests to and from the Magic Kingdom Resorts as well as to Treasure Island, a version of Discovery Island that is closer to its original incarnation.   While Treasure Island would have some animals, it's purpose would be the canvas for an elaborate interactive game/treasure hunt. 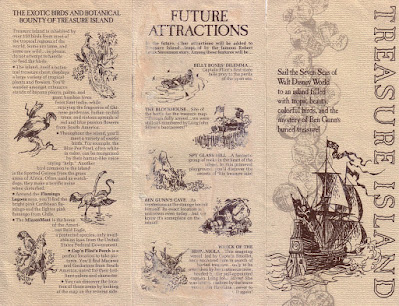 Well, this is a treat. This is the first time, to my knowledge, you've tackled one of the water parks before. Great stuff.

Do more waterparks and I would love to see your version of Treasure Island.

I did a PotC waterpark for Anaheim that I may post at some point down the road.

Awesome also i feel not only making theme parks or making water parks is also awesome to see it plan maybe i feel like if u can make an Hybrid theme park / water park version of the Magic Kingdom maybe called Disney's Splash Kingdom. This park be similar to the water parks at WDW but themed lands theme to Moana, POTC, Finding Nemo, The Little Mermaid & so on. I also feel like an Volcano or Trident's Castle would be the castle's icon/weenie of Disney's Splash Kingdom.

Thank you very much i learned a little bit of Imagineering since i never work or live in the states i only lived in Ontario, Canada i dream that one day i really want to go to Walt Disney Imagineering.